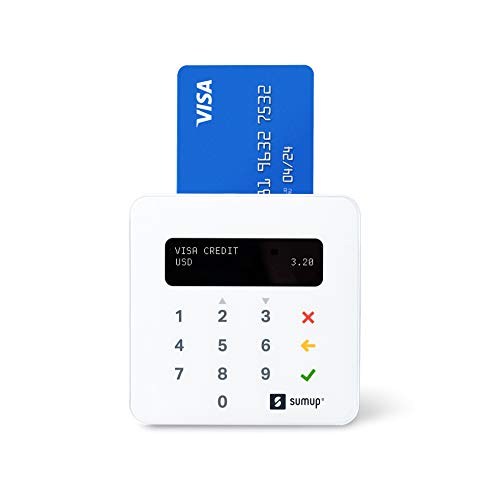 SumUp Plus Credit Card Reader for contactless payments with... 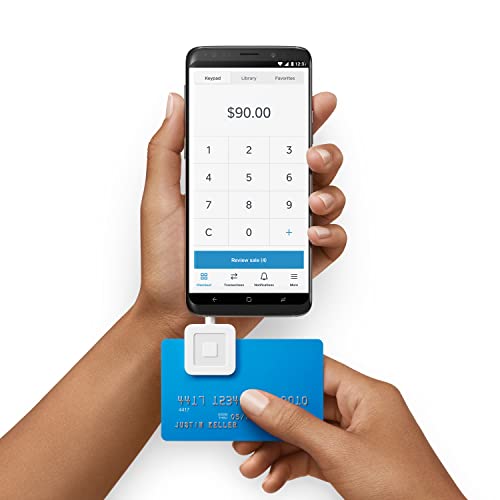 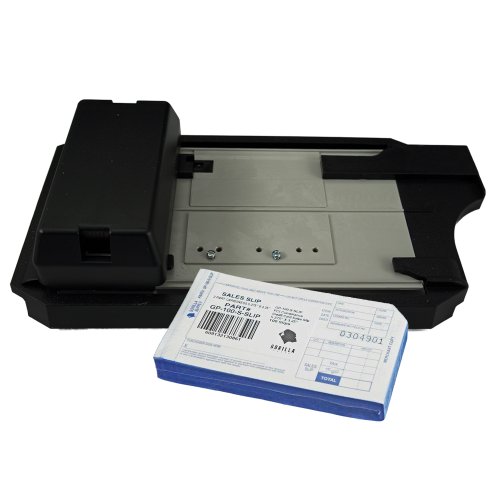 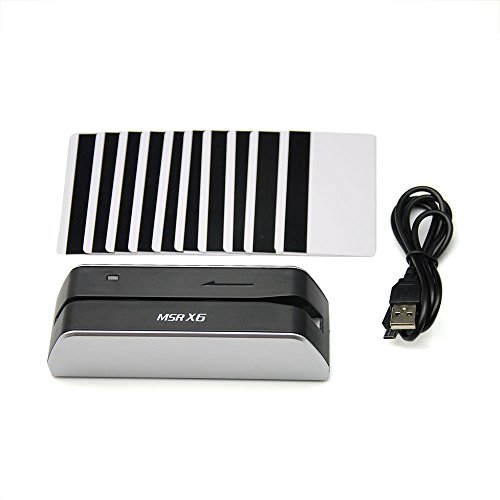 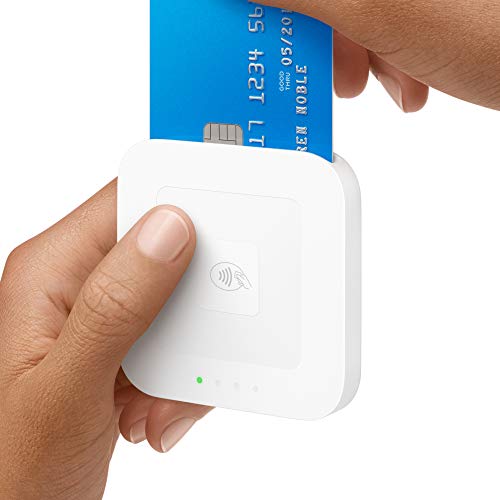 Square Reader for contactless and chip 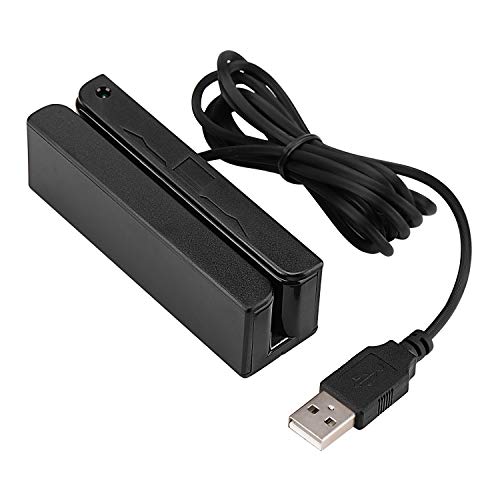 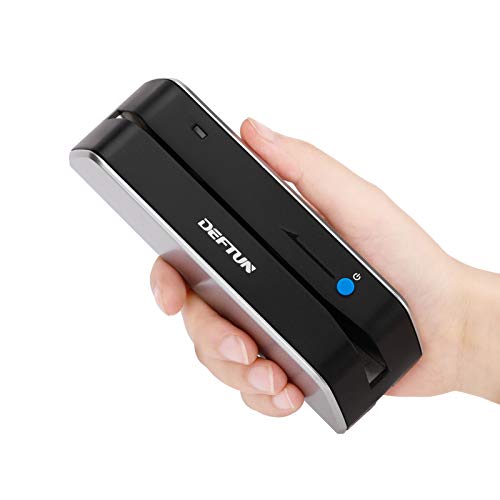 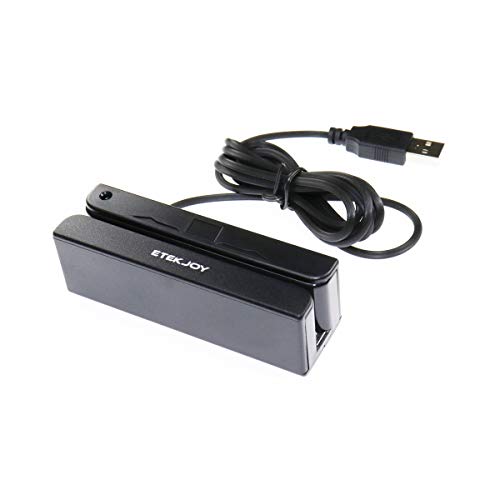 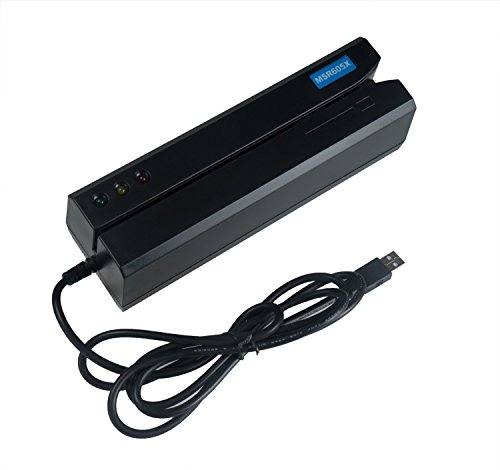 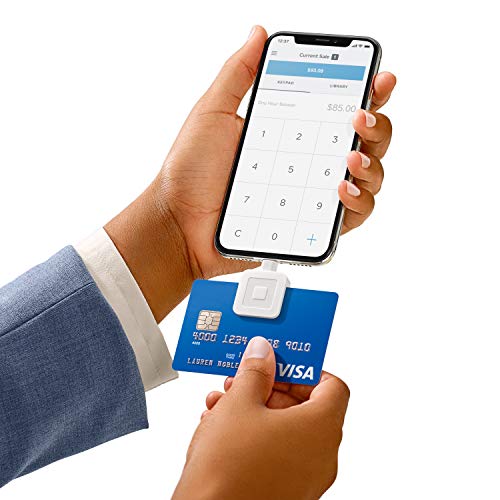 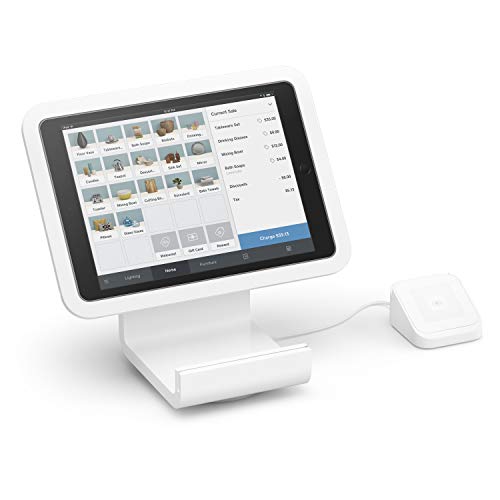 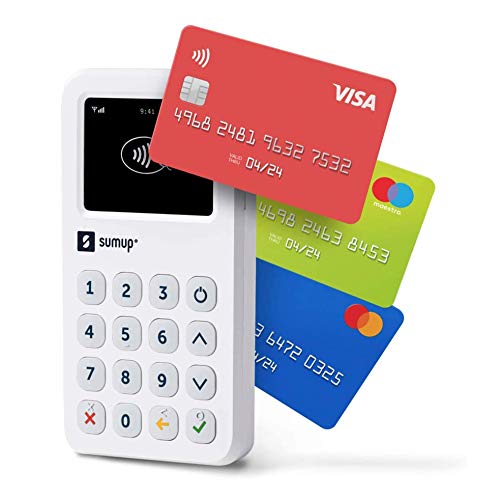 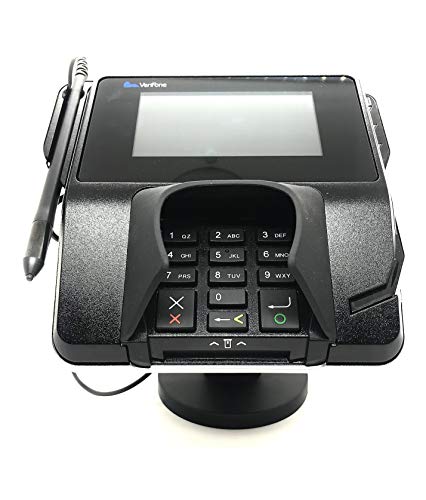 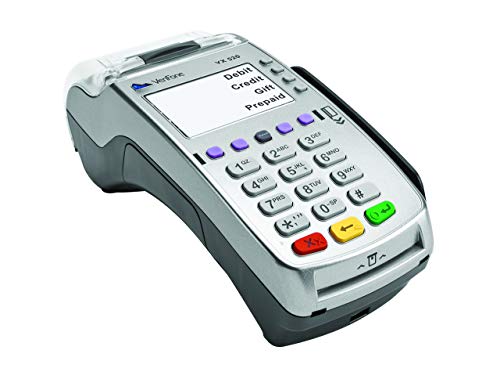 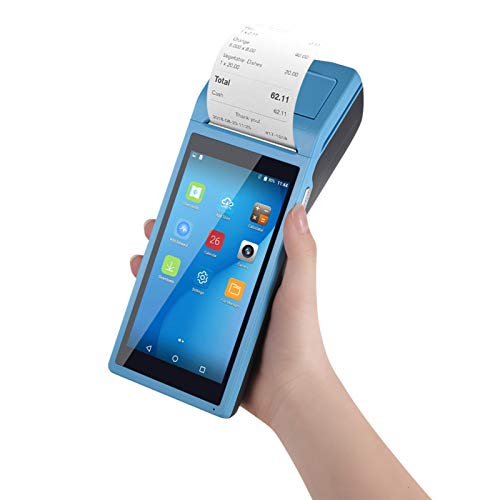 Aibecy1 All in One Handheld PDA Printer Smart POS Terminal...

A Buyer’s Guide To Credit Card Machines: What You Need To Know When Purchasing A Card Swiper (And How To Pick The Best One For Your Business)

When it comes to card payment machines, there are numerous possibilities. Some credit card machine providers offer merchant accounts, while others only sell equipment. We'll look at why this is important and present a summary of the top equipment companies.

Payment terminals, also known as a POS terminal or credit card terminal, is a device that interfaces with payment cards to perform electronic financial transfers. A secure keypad (called a PINpad) for entering PIN, a screen, a means of taking information from payment cards, and a network connection to access the payment network for authorization comprise the terminal.

Payment terminals enable merchants to gather necessary credit and debit card information, transmit it to the merchant services provider or bank for authorization, and then transfer funds to the merchant. The terminal allows the merchant or their client to capture information by swiping, inserting, or holding a card near the device. They are frequently linked to point-of-sale systems so that payment amounts and confirmation of payment can be automatically transferred to the merchant's retail management system. Terminals can also be used in stand-alone mode, in which the merchant enters the amount before the consumer submits their card and unique identifier (PIN).

Today, the vast majority of card terminals transmit data over cell network connections and Wi-Fi. Legacy terminals use ordinary telephone lines or Ethernet connections to interact. Some additionally have the capability of caching transactional data to be communicated to the gateway processor whenever a connection becomes available. However, the significant disadvantage is that quick authorisation is not accessible at the moment the card is accepted, which can result in unsuccessful payments.

First and first, you must decide whether or not you genuinely need the best processing equipment for your organization. To process credit and debit card transactions in a retail establishment, you'll need the necessary equipment. If you're solely selling online, you don't need a card reader or payment terminal to accept payments.

Then, what if your company only accepts purchases by mail or phone? A normal credit card terminal can be used to manually enter transactions if you prefer not to use a swipe or dip device. If you don't need a tabletop terminal, we recommend using a virtual terminal instead. A credit or debit card terminal on your computer can be used to manually enter credit card information and submit the payment for processing. Virtual terminals are often provided by a merchant account provider if you have one.

When you can't read your terminal and have to manually enter the card's data into your system, that's another possibility. The old magstripe cards were notorious for this, however the new EMV cards make this significantly less likely.. In a card-not-present transaction, the risk of fraud is higher because the merchant cannot accurately verify the identity of the cardholder. As a result, a higher processing speed is necessary.

Because of its small size, low cost, and convenience of usage in retail, this is the most used form of credit card processing. A landline phone line or Ethernet can be used to connect a traditional tabletop terminal to your processor's network. In the event that your internet connection breaks, you can fall back on the second connection method offered by many gadgets.

Your payment terminal should at the very least accept both EMV and magnetic stripe payments. An NFC reader can also be useful, either built-in or via a separate PIN pad reader. Wifi-enabled terminals can be used in conjunction with point-of-sale (POS) systems, but they can also be used on their own.

With the exception of the fact that they connect to your processing network over Wi-Fi or a mobile internet connection, wireless credit card machines perform nearly identically to their wired counterparts. Wireless terminals can be used everywhere there is a cellular signal, and they are completely portable. Thus, they're popular with mobile businesses that need to accept credit cards on the road. They're also more expensive than their wired counterparts.

To put it another way, traditional wireless credit card terminals are losing their popularity due to the rise of smartphone-based mobile data processing like Square (see our review). With the proliferation of "smart" wireless POS terminals, many manufacturers are now delivering features previously only found in larger POS systems.

Payment processing and point of sale (POS) software are integrated into a single credit card terminal device. You can manage inventory, employees, and other aspects of your business all at once with a single POS system.

In terms of cost, integrated systems are the most expensive, especially if more than one unit is needed. Depending on the hardware you choose and whether you can repurpose any existing equipment, tablet computers can be slightly less expensive.

All major merchant service providers now provide a phone and card reader arrangement similar to Square's. These systems typically include a free app and a magstripe-only card reader that connects via your phone's headphone connection to process credit card transactions. With this solution, you have the full benefits of a merchant account and a mobile system for processing transactions.

Because of this, most traditional merchant account providers' mobile apps only offer the most basic features. They also have concerns with usability and connectivity. However, we haven't found a mobile payment app from a standard merchant account provider that compares to Square. In terms of mobile apps, Payment Depot's Swipe Simple app is the closest. If you don't need a credit card machine, you can use mobile processing software. This is another clear benefit.

Magstripe-only card readers are either free or extremely cheap, and mobile processing apps are nearly always free. When compared to regular terminals, an EMV-compliant or Bluetooth card reader will cost extra, although it is still significantly less expensive.

Universal vs. Selective vs. Proprietary

Credit card machine manufacturers and suppliers account for a small percentage of the market, and they are all "universal" payment machine suppliers. Their machines aren't limited to specific processors or processing platforms.

One end of the spectrum is "proprietary" equipment providers. For the most part, these companies either offer their own merchant accounts, or they design computers that are "locked in" with a certain processor.

Selective equipment suppliers might be found in the middle. Machines that run on one platform but may be used by any processor that runs on the same platform are offered by these companies.

Choosing the best credit card reader for small business owners might be influenced by the machine's status.

The term "universal" machine refers to card machine firms that offer a wide range of processors. In other words, they don't confine the systems they build to specific CPUs or platforms. Nonetheless, not all universal machines are supported by all CPUs.) Universal credit card machine companies do not immediately supply merchant accounts. To make use of the universal terminal, you'll need a credit card processing account.

When it comes to processor compatibility it's the platform, not the specific CPU, that is examined.

Overwhelming majority of backend processors function as "resellers," operating on their platform rather than their own. If you're working on the TSYS platform, you'll soon be able to use TSYS-compliant equipment in the future.

This does not mean that all machines and terminals made by a single business can be found in a processor's inventory. Check with your processor before you buy a machine to see whether it's compatible.

Pros and Cons of Universal Machines

The key advantage of a universal computer is that you will have a greater selection of processors to choose from. As a result, you'll be able to find the one that offers the most competitive interest rates and fees. Additionally, universal machines have the capability of being reprogrammed. Alternatively, if you decide to convert to another CPU in the future, you will be able to keep your current machine. (Provided that the CPU is compatible with the brand and type of computer you are using.)

There aren't any disadvantages to using universal machines. They offer the most up-to-date features while also giving you the freedom to select the most appropriate processing business for your needs.

Typically, restricted choice terminal providers are largely credit card processors who also provide a line of terminal equipment to their customers. They may choose to manufacture the hardware themselves or to private label the products of a credit card machine firm.

Pros and Cons of Selective Machines

Some terminal vendors sell machines that are exclusively compatible with specific processing systems. These are referred to as "selective" credit card terminal providers. Selecting a machine from a selected supplier provides you with less flexibility in establishing a merchant account than a machine from a universal company, but much more flexibility than that of a proprietary machine.

In most situations, organizations that offer a restricted selection of terminals are largely credit card processors with a limited line of equipment. They may manufacture the hardware themselves or simply brand the products of a credit card machine manufacturer.

Leasing is generally the poorest option for acquiring processing machinery. Leasing has no upfront expenditures, which may make it appealing if you're seeking to cut costs. However, the overall cost of a lease throughout the lease period will significantly outweigh the cost of purchasing your equipment. Most leased equipment providers will sign you up in a long contract (usually four years) that is entirely non-cancelable.

This last issue cannot be overstated: most providers (who frequently use separate leasing businesses to furnish the equipment) will not allow you out of your lease prematurely under any circumstances. If you try to break the lease, you would be held accountable for all outstanding payments due under the lease, regardless of your reasons for doing so. Even returning the leased equipment will not release you from the lease.

If you're even thinking about leasing your equipment, double the monthly lease amount by the period of months within your contract. That is the total amount you will be charged for your lease. We can almost promise that it will be several times the cost of purchasing the same equipment directly.

It is not easy to set up a merchant accounts and credit card processing for a small business. Aside from all of the technical language and financial aspects that go into choosing a decent merchant account provider, you'll also have to deal with the false promises and high-pressure sales methods that are common among less-reputable suppliers.

Equipment leasing has been here for a long period of time, however it is no longer viable or cost-effective to lease equipment instead of purchasing what you require. Hardware prices have fallen considerably in recent years as a result of increasing competition and the introduction of eCommerce. Mobile payment systems like Square.

Furthermore, a large pushback from merchants who have been duped on terminal leases has caused several providers to discontinue leasing entirely. Instead, they'll either sell you pre-programmed terminals for a modest price or provide you with a "free" credit card machine to use as long as you keep your merchant account with them active.

Why do merchants continue to be duped into signing up for credit card machine leases? In many cases, it boils down to excessive pressure and deceptive sales representatives. In others, it's just a failure to "do the math" and calculate how much a terminal rental will cost in the long run. In this post, we'll do the arithmetic for you and demonstrate why terminal leases are a terrible option.